skip to main | skip to sidebar

To mark the end of another term, i had a meet up with Sonshine's teachers- it was also my first since he started attending this school. I was eager to listen to what they have to say about him.
Both teachers agreed that the boy has an innate personality and very much prefers to keep things to himself. He rarely initiate contact with his peers nor his teachers but would respond promptly when approached. However, he is happy in school, always flashing his big bright smile to his teachers.
They pointed out that he is also behind in his fine motor skills and how he dislikes writing, tracing and coloring. He has to be encouraged to color otherwise, he would leave a couple of strokes and hand up. However, there is a marked improvement in this area from the time he first joined- and the teachers say that's what was more important.
He is quick to pick up concepts and has no problems in his work.  He is equally quick in passing up his work, says his Mandarin teacher, and sometimes causing his peers to be distracted (since he gets to play first). I asked if his speed affected the quality of his work- to which the teacher replied that his work is always correct (other than those that require tracing and coloring of course). His form teacher shared the same, that he is eager to pass up his work- not to be the first in the class, but because he wants to read his books after he is done.
What was amusing to me was, both said he tend to look distracted in class and appears to be not focusing on the lesson at hand. When that happens, they would deliberately pick him out and ask him a question to which he always replies correctly! So they concluded despite not keeping his eye on the teacher, he is paying attention with his ears!
The Chinese teacher shared one time, she was reviewing with the class on some of the words they learn. When she asked the class to read the words, none of the kids seem to remember. Sonshine boy was looking down as if avoiding eye contact with her, so she singled him out and asked him if he remembered the words. To her surprise, he promptly read out the words to her. Ah, that's my boy!
Overall, he has no behavioural issues. The teacher said he is able to share toys with his friends, doesn't snatch, in other words, he is able to play harmoniously alongside with his classmates.
Well, i was expecting these feedback especially on his writing and social skills. However, i think what's important is that he has improved and not compare him against his peers. I am just happy he is no trouble maker, enjoys school and is not bored in school.
Posted by Homeschool @ sg at 6:12 PM 1 comments

I have not research on how to teach the boy division. But i've taken the basic step to teach him the concept at the very least. 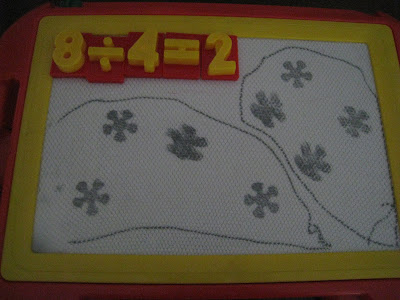 Division as i know it, is about grouping. I first wrote a division equation on our doodle board 8 divide by 4. I then stamp 8 shapes on the board and had the boy group them in 4s.
I asked the boy how many circles are there, to which he answers 2! I repeated the equation and showed him the answer is 2! 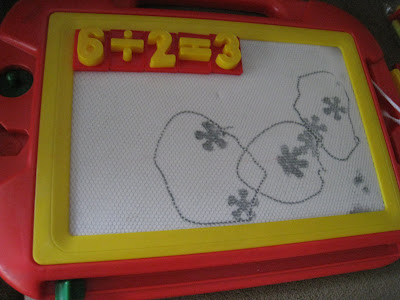 I had him practise a few more equations just so i know he understood the concept.
Although he can't divide mentally nor know that it's actually a reverse of multiplication, i am satisfied for now that he knows what division is about.
Posted by Homeschool @ sg at 2:32 PM 0 comments 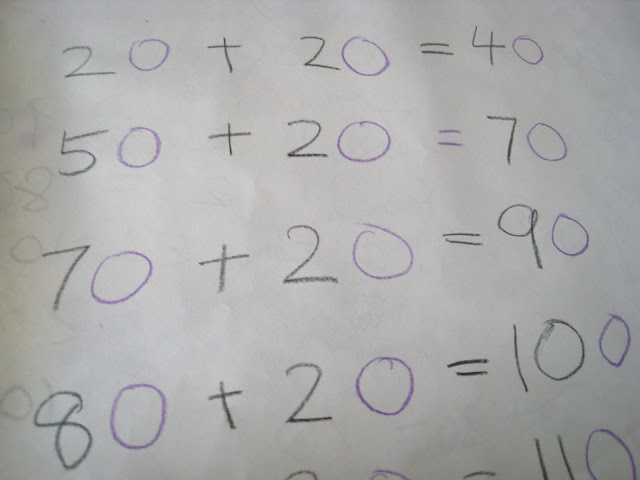 While we were counting money, i realised Sonshine boy didn't know how to add in double digits i.e.50 cents plus 20 cents. Hence i came up with this 'lesson'.
Since he has no issues adding in single digits, i first wrote a single digit equation in black color i.e 5 + 2.  After Sonshine boy gives me the answer 7, i wrote 7 on the paper. Then i added '0', in purple, on each digit, making the equation to become 50+20. I showed him that the answer 'magically' becomes 70! I showed him a few more equations to make sure that he sees the pattern.
It worked like a charm! With that 5 minutes lesson, Sonshine boy can now add in tens- mentally too. :) WOOT!
Posted by Homeschool @ sg at 2:13 PM 0 comments

Sonshine boy can count money both in dollars and cents- separately that is. I decided it was time to teach him how to count both dollars & cents together. 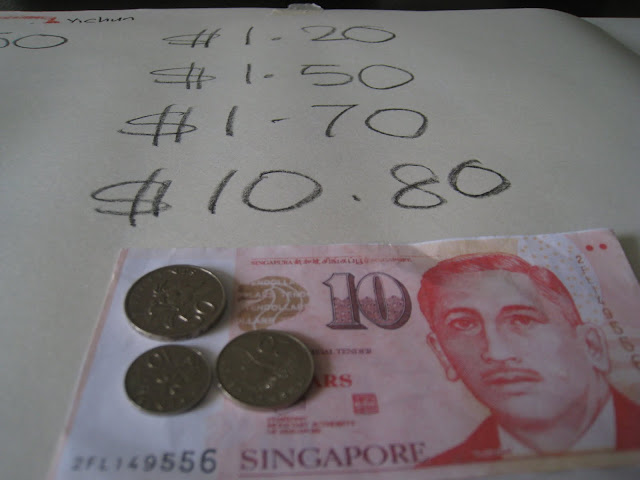 First, i wrote the amount on my Ikea paper. Sidenote: now that Sonshine boy is older and can understand better, i have stop making learning materials for him. Instead, i've been teaching right out of my now favourite Paper i bought from Ikea!
Anyway, i taught to read the amount say, $1.20 i.e. ONE DOLLAR AND TWENTY CENTS. Next, i took out a $2 note and $0.20 cents and showed him that the amount is $1.20. It's pretty easy for Sonshine boy to understand since he already knows how to count money.
Posted by Homeschool @ sg at 1:54 PM 0 comments

We Paint with Alphabets! 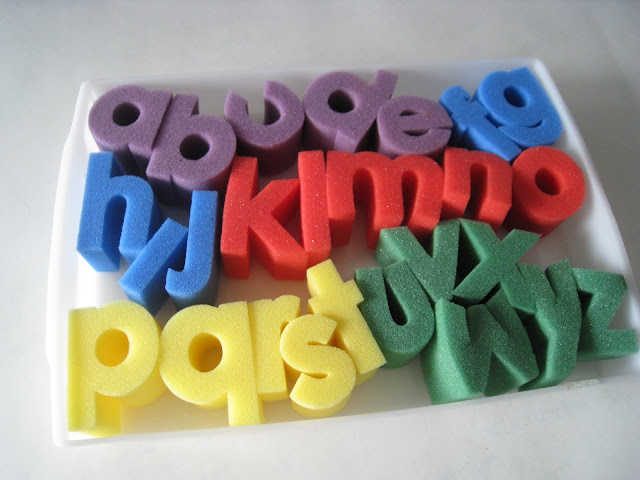 I bought this set of alphabet foams from ELC. So what did i do with them? 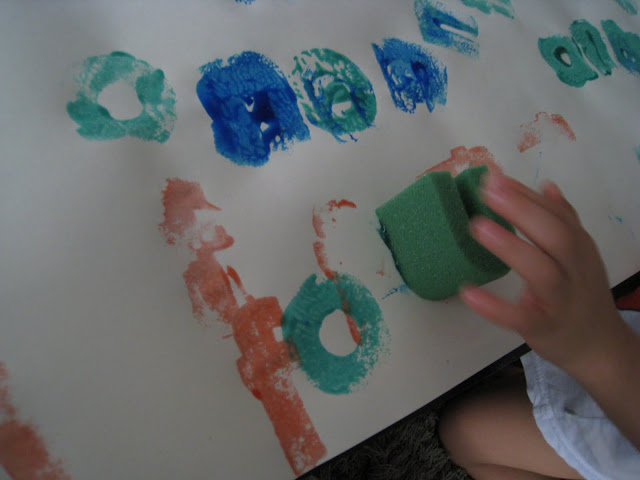 We print of course! Apparently, stamping prints is also another way to boost handwriting. I think it has something to do with exercising the fine motor skills for holding a pen (don't quote me though! I'm not entirely sure). 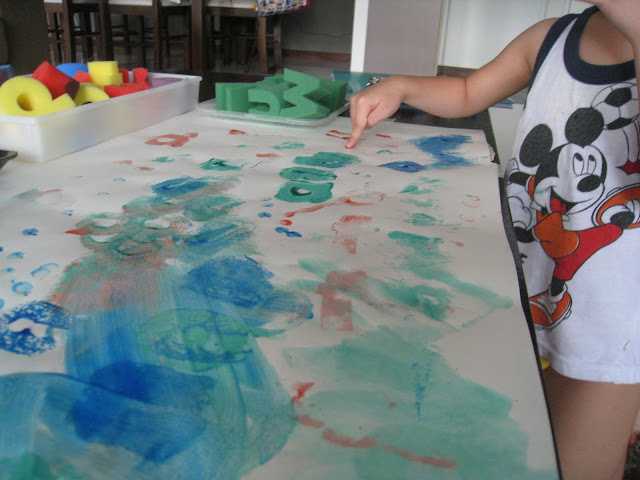 ﻿
We also had a little extra fun with finger printing!
Posted by Homeschool @ sg at 1:46 PM 0 comments

I think my best buy this month must be the roll of paper i bought from Ikea. We've been doodling, drawing on it since and it has been nothing short of FUN! I should have bought it earlier! 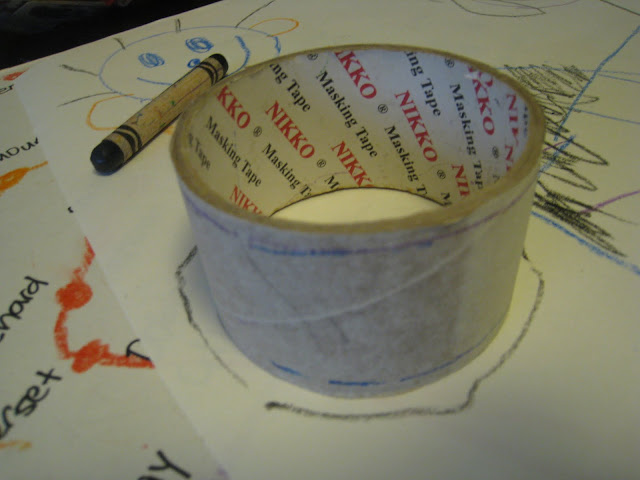 I taught Sonshine boy how to draw a face. Actually, i was secretly trying to get him practise his pencil grip. First, i took a rim of sticky tape and traced a circle. 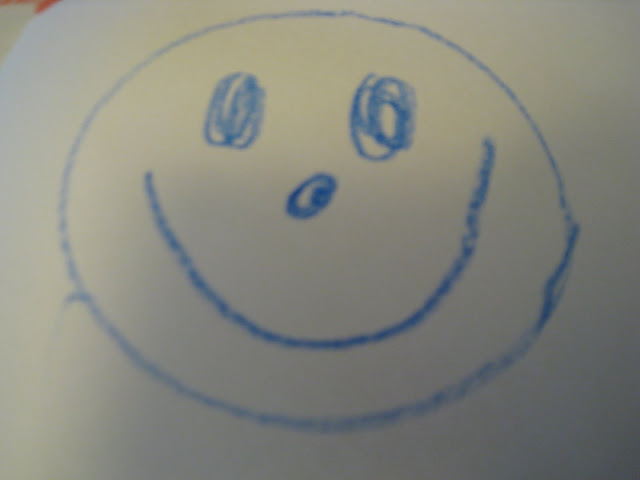 And i add the eyes, nose, mouth. I had the boy to follow suit. 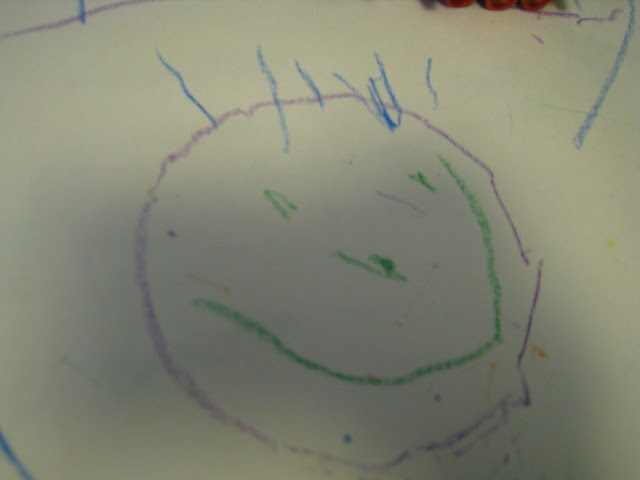 Tada! His own version! He was hooked and went on to draw the entire family, from mama & papa, to grandparents and even the confinement lady! :D
It was not only fun, but it was also an indirect way of making the boy practise his pencil grip. Using the rim of sticky tape to trace the circle was another way to practise his handwriting.
Posted by Homeschool @ sg at 1:12 PM 0 comments

Ok, this is a homeschool blog but i cannot resist sharing my latest project!
Inspired by 2monkeysgems i too decided to sew a dress for my baby girl! 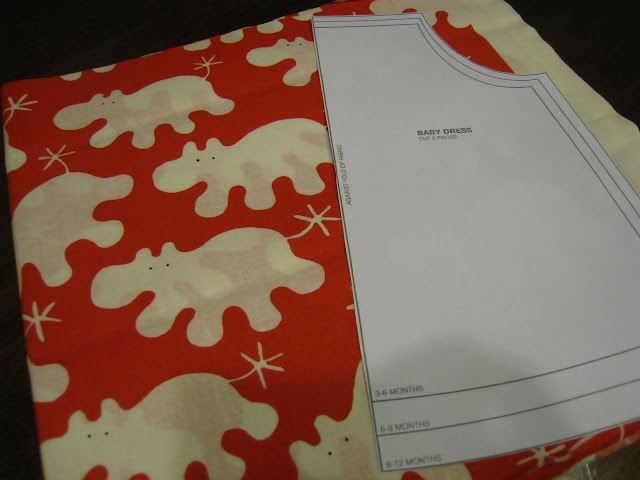 I DID IT! I finally bought the cloth and cut out the pattern...would i be able to complete it? That's the question! 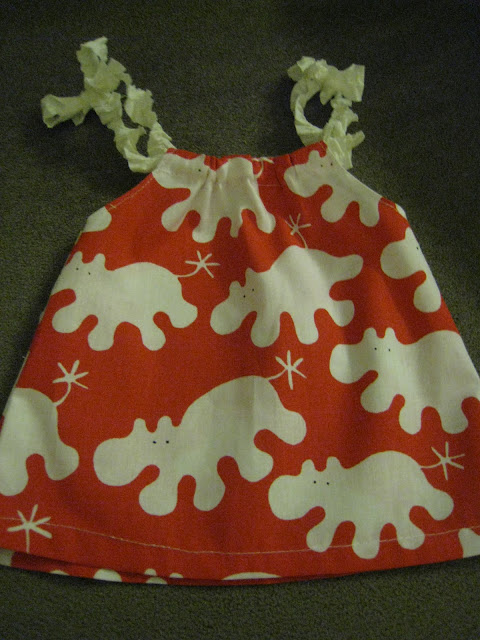 I surprise myself! I haven't touch a sewing machine since Secondary school but i managed! Well, the hems were badly sewn...oh well, a pat on my back for my first attempt! As a friend said, the dress is so apt for Christmas! Well, that's if the stitches stay intact by then!

Im such a muddlehead! I forgot to save the free dress pattern on my favourites and i completely lost the link! :( I'm so sorry! If you're the blog owner, or know where i got it from, please please please let me know and i'll give the due credit! I AM SO SORRY! :(

Found it! Here's the link to the free pattern and step by step guide

Made by Petchy
Posted by Homeschool @ sg at 2:12 PM 3 comments

Sonshine boy loves taking and watching the MRT trains. One of his favourite activity is to study the MRT map. 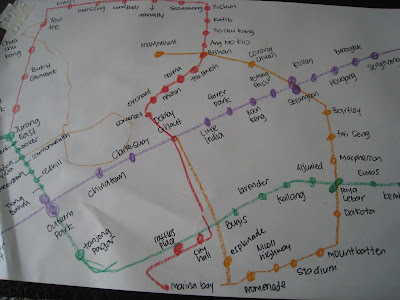 Hence, in my effort to entertain the boy, i drew up this MRT map for him. As expected, he is head over heels with it! 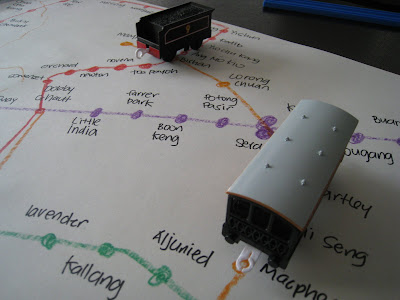 We took out his Thomas train and took a journey down each station! It was good fun, inexpensive and easy to make! I'm glad to make my boy's day! :)
Posted by Homeschool @ sg at 10:35 PM 2 comments 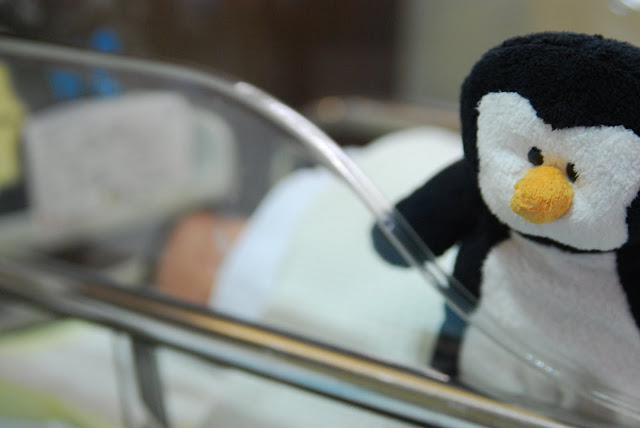 Yes, we are taking a homeschool break for a valid reason.
Baby sister has arrived! She's such a joy to have, i'm falling in love with her every moment- but that's another blog altogether. As we're still adjusting to the new routine, we'll halt all homeschool activities and i'll mostly rely on the school for now. But i will be back, this time with baby activities as well. Hope to return soon!
Posted by Homeschool @ sg at 3:26 PM 8 comments

My bank of ideas!